The conference deliberated various measures for streamlining the GST return filing process, enhancing revenue and focused compliance management as well as to create synergy among Central and State tax administrations.

States, namely Rajasthan, West Bengal, Odisha, Gujarat and Punjab made presentations on best practices followed by them in compliance management and revenue augmentation in their tax administration. Further, they informed the participants about various modus operandi detected by them in the State and various measures taken by them to curb tax evasion. Pr. DG, DGGI also presented a presentation in the conference on tax evasion and enforcement measures followed by them.

GST Policy Wing, CBIC presented different measures in the pipeline for increased compliance management and revenue augmentation as well as on Consumer Incentivization Scheme for promoting behaviour of seeking invoices.

Later, Infosys presented the status on business statistics, a trend of filing return, the preparedness of the system vis-à-vis the facilities required to be launched and measures need to be taken to address GST Portal’s capacity and to resolve difficulties being faced by taxpayers. It was constantly stressed in the conference that ownership for delivery and satisfactory performance of GST Portal lies specifically upon the Infosys and they should meet to the expectation. The grievances of taxpayers are the utmost priority and Infosys is liable to resolve them. CEO, GSTN also presented system issues and initiatives by GSTN for further strengthening and streamlining GST.

The conference was attended by the Chief Commissioners of Central Tax Zones, Commissioners of State Taxes, Directors General of Revenue Intelligence, GST Intelligence, Analytics and Risk Management, Audit, System and Data Management, Taxpayer Services, NACIN, Chairman & Members of CBIC, Senior officers of the CBIC, Senior officers of Department of Revenue, a team of GSTN, the technical team of Infosys and officers from the GST Council Secretariat.

As an outcome of in-depth deliberation, below mentioned measures were proposed for further examination –

For further info about the meeting and conference, check out:

Stay tuned to Digitax Automation to read about the latest GST updates.

How GST department is monitoring your Tax Credit Claim? 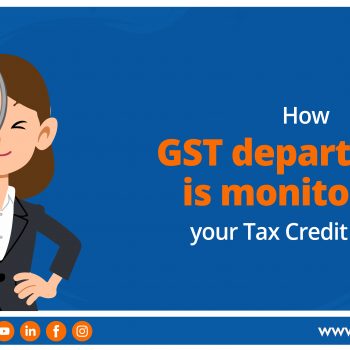 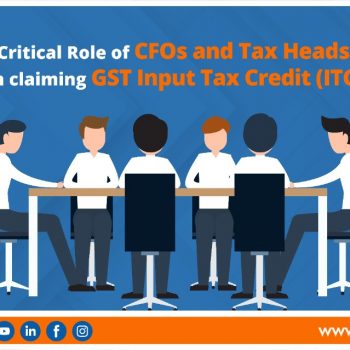