After its implication in 2016, GST is constantly changing. There has been a lot of exemption and simplification of GST in recent times. In addition to pre-existing changes, a new ruling by the Maharashtra bench of the Authority for Advance Rulings(AAR) is ready to make its way to the amends. The new ruling is about the fees that the prospective parents have to pay to adopt a child which should not be subjected to Goods and Services Tax.

According to the rules laid down by the government in ‘Adoption Regulations’, Indian couples interested in adopting a child must pay a fee of Rs 40,000. Those living abroad and wishing to adopt from India are charged $5,000. Along with the fees set by the government under the ‘Adoption Regulations’, some recognized adoption agencies are also permitted to receive payment directly from the prospective parents and use it for the welfare of the kids with them.

After GST there was a lot of confusion regarding the money received would rather be subjected to GST or not. A plea was filed by Nerul charitable trust about the fees it received and arguing that it should not be subjected to GST was the reason behind the new ruling by AAR. The bench gave the ruling after complying with the argument of a recognised adoption agency from Nerul that children are not “goods” and the agency does not provide any “services” to the prospective parents. Children of World India Trust had given an argument that children are not “goods”, pointing out that it does not make any “supply” in the “furtherance of business”, which is an integral element for the imposition of GST. Furthermore, the activities of charitable trusts registered with the government are already exempted from GST.

The charitable trusts regulated by the government through the Central Adoption Resource Agency (CARA) and have no control over the admission of a child in their centres or selection of children by prospective parents. In addition to it, this is already clear that the trusts do not engage in any business as the adoption of a child cannot be a business in view of the strict provisions of the Juvenile Justice Act. In fact, if there is any element of business in adoption activities, it is treated as a criminal offence. All the activities conducted by these adoption agencies or trusts are charitable in nature. Hence, not levying GST on the receipt of adoption fees seems a valiant step by AAR. 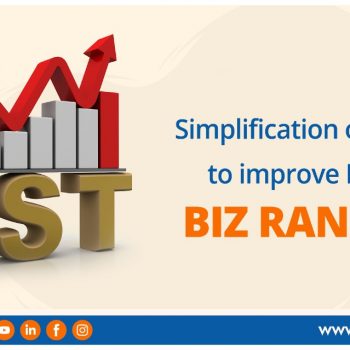