What is an offence under GST? An offence under GST is the breach of GST rules and violations of provisions of the GST Act. There are severe penalties for the lawbreakers and to avoid such penalties you must have the information about these offences. There are 21 offences in total that come under the GST Act in India. The list of these offences with the appropriate penalties is given below.
Read the whole article to know more about such offence and penalties under GST in India.

Offences under the GST Act –

Under the GST act, there are 21 distinct offences, if broken, can result in penalties. Obviously, there are more offences, apart from these 21 offences, which attract GST penalties depending upon the case. We are providing you with the list of offences, bifurcating them under various sections to ease it up, along with specific details of the 21 GST offences under GST regime.

Invoicing and Documentation related offences under the GST Act –

GST Tip – The cases involving Fraud amounts to 100% penalty. The minimum of this type of penalty is 10,000 INR.

According to the existing rules regarding GST Penalties, a minor breach situation can be detected when the amount of tax involves a sum of less than Rs. 5,000. Furthermore, easily rectifiable documentation errors/omission is also included in a minor breach. As per the current rules under GST Penalties, minor breaches are not accountable to severe GST penalties and the tax authorities may only issue a warning without any monetary penalty depending on them.
But if the situation arises where the tax amount involves a sum of more than Rs. 5,000, then this is the case of a major breach under the GST Act. The major breach cases can attract the penalties including jail sentences depending and considering the tax amount.
GST Tip – The minor versus major breach clause under the GST Act is added to help especially help those businesses which have small turnovers and SME so that these businesses are not penalised for genuine errors.

GST Penalties for the offences under the GST Act –

In Case Of Fraud –

The offenders committing fraudulent activities intentionally then under the provisions of GST, they shall be liable to pay 100% penalty. Resulting in an amount equivalent to the amount of tax evaded or short deducted, subject to a minimum of Rs. 10,000/-.
But if the fraud has been committed without any fraudulent intent or the tax evasion is unintentional then the penalty to be paid in this case will be 10%, subject to a minimum of Rs. 10,000.
The penalty applies to those as well who is not a taxable person but have:
When the above-mentioned situations arise then the offender will also be liable to pay a penalty of Rs. 25,000.
There are also provisions under GST for the case of fraud is deemed ascertained. For such cases, apart from the fore-mentioned amount of penalty, the following shall also apply:

The criminal proceedings shall be held against the offender if the person commits the below-mentioned offences intentionally and deliberately to cause fraud.
The offender can go through Inspection, Search or Seizure under GST if –
The Joint Commissioner of CGST/SGST has enough reason to believe that the taxpayer is purposely hiding and suppressing the transactions in order to evade taxes or has claimed disproportionate Input Tax Credit, then the order can be passed to inspect the whereabouts of such person.
In the same manner, the Joint Commissioner can also order for search and seizure of the premises of a taxpayer if he has enough reason to believe that there are goods, which needs to be confiscated or the person is hiding some important documents somewhere.
These are the GST offences and penalties for fraud, to know more about it stay tuned to our series of blogs!

Cancellation of GST registration for non-filers of GST Returns 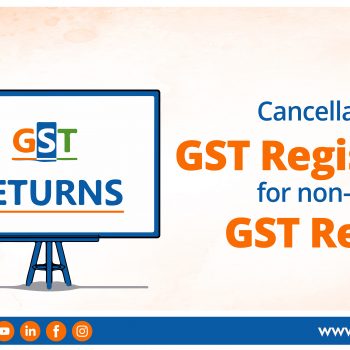 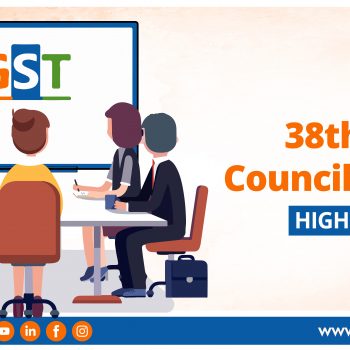