The New Year isn’t only meant for philosophical, physical and emotional resolutions but also demands new financial resolutions to relieve the stress on your pocket. To help you plan this, we bring you the new changes done under the GST. Be a good taxpayer and consider these changes to plan 2020 financially.

1. Restriction on the Claiming of ITC- With the effect to the decision taken in the 38th GST Council Meeting, Central Board of Indirect Taxes & Customs has reduced the percentage of eligible ITC available for Availment, the details of which are not been shown by the supplier in GSTR-1. Earlier, the CGST rules stated that only 20% of the eligible credit can be claimed as ITC in respect of invoices or debit notes, the details of which have not been uploaded by the suppliers in GSTR-01, by a registered person. But now, the only total of 10% of such credit can be availed.

2. Commissioner has the power to block ITC under new Rule 86A- The new Rule 86A grants the power to a Commissioner to decide or vary the conditions for use of ITC available in the electronic credit register. As per the amendment, a Commissioner might not allow the debiting of the amount in the electronic credit register for the discharge of tax liabilities or claim of a refund of any unutilized amounts in the tax register if he/she has reasons to believe, that such tax credit is:

(i) Availed fraudulently based on invoices from a non-existing person or non-registered person.

(ii)Availed without the receipt of goods or services.

(iii)Availed on the strength of tax invoices which has not been paid to the government.

4. E-Invoicing under GST Mandatory- From April 01, 2020, it is mandated for every registered person whose aggregate turnover (including exempt supplies) on PAN India basis exceeds Rs. 100 crores in a financial year to generate e-invoices in the case of B2B supplies and report the same to the notified common portals of GST, mentioned below:

The portals will be in effect from January 01, 2020, for the smooth and better accommodation and transition of the taxpayers.

5. QR codes creation for B2C supplies – With effect from April 01, 2020, Quick Response Code (QR Code) will become mandatory in the cases where an invoice is issued by a registered person, exceeding rs. 500 crore in aggregate turnover in a financial year, to an unregistered person, i.e., B2C invoice.

There are more such changes, to know about them stay tuned!

Brief Introduction: What is GSTR 2A? 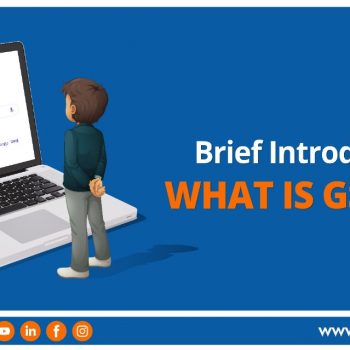 What is Input Tax Credit (ITC) and how to claim it? 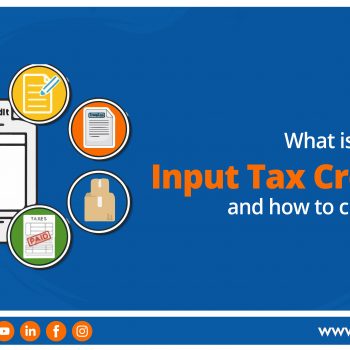